A (not so) Friendly Game

Sub-Subtitle: No one is safe in indie comics … not even Fluffy.

This review has been a long time coming. It all started when our editor took a throwaway line in an earlier review of mine and directed my attention to a comic that just so happened to steal my idea … before it was my idea but stolen, nonetheless. Anyway, the line I’m referring to was in my excellent (in my humble opinion, of course) write up of Red Skull: Incarnate. “An evil-off, by the way, is where two evil people do evil things in a competitive setting, such as competitive puppy killing—most puppy kills wins, obviously,” said I, and all of America laughed hysterically and moved onward.

But wait! It turns out a 2010 graphic novel written by then first time graphic novelists, Joe Pimienta and Lindsay Hornsbys, puts two boys in that exact setting—though not in the limelight like I had imagined (think: the Thunderdome but cuter and far more unsettling). This story takes place in a quiet, suburban town instead. The game starts off small, of course, as all good psychological trauma should. First, the boys, Todd and Kevin, kill a rat which launches them into a contest of escalation, constantly one-upping each other with their next kill until eventually Kevin presents Todd with a puppy. Naturally, Kevin cannot kill the puppy and a rift comes between the two friends. In a good world, the game should end here. Who could harm a puppy? 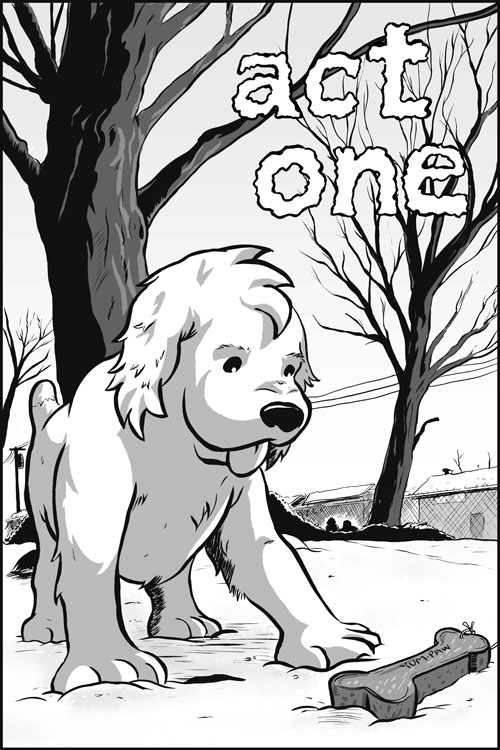 I can’t even photoshop harm him.

But Todd takes Kevin’s unease as a sign that game needs even higher stakes. You can guess where this goes—the friendly game then adopts the most dangerous game—and suddenly Kevin is trapped in a contest with his sociopathic friend, seeming to have no way out.

On the surface, this all sounds like it could make for a dark, unsettling thriller, the likes of which we have seen more and more of in the cinemas as of late. But rather than dealing realistically with the psychological drama at play here, the story favors a more cartoony approach to the violence. This is not a character study of an adolescent sociopath, though it may seem to be at first. Do not mistake Todd for a young Travis Bickle. He is more akin to Wylie E. Coyote, only with knives rather than acme brand anything. There is no first act. There is the first kill and an exponential increase in violence from that. That’s the point of the game, sure, but compelling storytelling is not grounded in one-upmanship. The art here is great. And it’s also part of the problem. It looks like the indie equivalent of Family Circus, animated with nice cartoon characters in a grim, snowy environment, and it distracts from a story that needs a nice emotional core. It could work. The art could work; it could present a nice layer of unsettling irony … if the story provided us with any sort of emotional center, had any hint of a buildup, but other than agreeing with Kevin that killing a puppy would be an egregious, irredeemable act, I don’t find anything else in this comic to relate to. If there exists a kid like Todd, then that’s terrible … not because he does terrible things but that he does terrible things in the most boring way possible.

Also, there isn’t actually any puppy killing. So that’s good … I guess…