Not wanting to be out-gayed by Marvel, DC has announced that one of their major heroes will reveal they are gay in June. I, for one, would like to congratulate DC for jumping on the bandwagon and teaching a generation of young readers to try to sniff-out homosexuals based on their traits and appearance. It also seems unwise to indicate that someone’s sexuality can be directed by the winds of popular culture or switched at the whim of comic executives. Never the less, this is obviously a major news event. I’m glad to see that gays continue to be the progressive symbol of inclusiveness. I can feign outrage through sarcasm because my wife is gay (lesbian identified bi-sexual).

Anyway, on with the witch-hunt. While there are many characters in the DC universe that make my gay-dar light up, I will spare you going through each one and explaining why it’s not them. Basically I suspect it will not be a woman (been done: Batwoman), it will not be a Gotham character (again Batwoman), DC will want to minimize the weirdness factor (not Shazam, Plastic Man, or Cyborg), and while Courtney Simmons said it will be a major, iconic character, they won’t be too iconic (not Superman). So who? 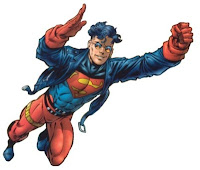 My guess is Superboy. He’s iconic, but not too iconic. And he has two dads (he was created from Lex Luthor and Superman’s DNA.) He’s the highest profile character that DC executives would think they could reorient without offending a significant fraction of their readers.

My runners up are:
Ollie Queen (Green Arrow) – Disqualified because his name would be too funny
Ray Palmer (Atom) – Not iconic enough
Booster Gold – Wouldn’t surprise anyone

You may be saying: “Wait, Hal, you’re practically gay for the Green Lantern. Why hasn’t he been mentioned yet?” That’s a great question. The Green Lantern was actually picked by a close friend, lets call her “The Mother of Champions”, and I didn’t want to swipe her pick. It’s actually a great guess; because DC could put a new person into the iconic role of Green Lantern, and that person could just happen to be gay. In fact, the Trinity War preview distributed on Free Comic Book Day showed someone new wearing the GL ring and a full head mask concealing their identity. But if he’s involved in the Trinity War event, announcing his sexual orientation to the world might not be his highest priority. 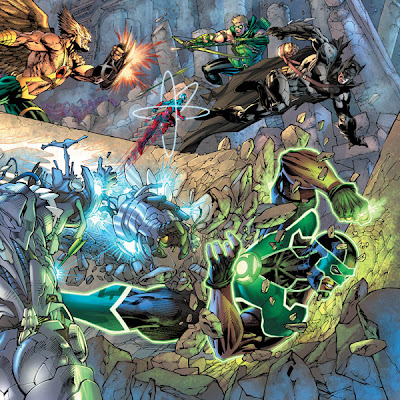 Previous: Introducing A New Addition To The Writer’s Blok
Next: For Those Times When Regular Avengers Won’t Do…