It has long been a foundational principle of Comical-Musings that it is better to be in a community than to go it alone.  In a community, thoughts are generated and bounce from person to person constantly, inspiring people collectively.  I created Comical-Musings to be such a thing and when it didn’t happen organically, I added The Writer’s Blok to force the hand of comic book community in my life.  That didn’t even work that well, but through an interaction that I had today, I am reminded of why rubbing elbows with like-minded individuals is gratifying. 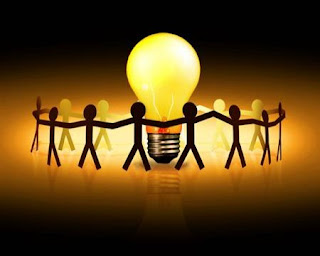 I saw that my friend Rick had liked a group called “Marvel Comics” on Facebook and was intrigued when I realized that it wasn’t the official Marvel comics page, but something else.  I scrolled down, observing picture after picture and finally settled on checking out a picture of two Ghost Riders fighting.  It was an attractive image, but what floored me was the comment beneath it.  Here it is in it’s entirety:

JC Nighswander “Why wont they just kill the punisher and bring him back as the ghost rider. Who better to hunt down souls, and he could start with all the Heroes and Villians that have escaped hell. Young Loki, Cap, and so on…”

When I read this comment I was absolutely taken aback.  That is a GREAT idea.  Brilliance, languishing beneath a random picture, on a seemingly unlicensed page.  What if Punisher came back as the Ghost Rider?  At first you think, “That’s stupid, they already killed him and brought him back as Frankenstein,” but this idea has wheels…big fiery ones.

First, you have to realize the fact that Ghost Rider is a dying franchise in Marvel Comics.  The idea seems to not be able to be sold and the only mild success that a Ghost Rider story has had in years is when Jason Aaron, god of all comics lately and co-scribe of Avengers Vs. X-Men, penned the last fifteen issues of it’s latest incarnation.  Aaron has a genuine interest in the character, but seemed to be too busy writing things that actually made him money.  That is where it gets interesting.
Jason Aaron has also just completed an epic run of a much-loved series entitled Punisher MAX.  In this series, The Punisher gets a new spin on the major events of his life and Aaron takes a hard-nosed approach to the life that Frank Castle leads.  It’s easy to get caught up in his revenge story as it includes “All bad guys.”  We get more of a look at the determined, undaunted Castle in Punisher MAX than we have ever seen before.  That is where it gets plausible.
Now, you can’t kill the regular continuity Punisher because he’s doing well in Marvel’s main stream books, but Punisher MAX’s out of continuity version of the Punisher is already dead.  He died at the completion of the story.  He had a fitting end and a soldier’s death.  His vengeance came to fruition in the end, but perhaps even in death, his spirit is restless.
So, since The Punisher’s already dead in a story that’s out of continuity and written by the same writer who last had success with Ghost Rider, WHY NOT?  It would at least be entertaining to see this street-level murderous character brought into a supernatural story of vengeance.  I mean, it’s not like Marvel is doing anything with Punisher MAX now anyways.  Even if it is campy, it could be innovative at best and fun at worst.  I told JC that he needs to submit the idea to Marvel.  If Jason Aaron is reading, please make this.  I’d buy a first issue.  What about you readers?
~ Scott Deaux ~
AMAZING comic books Ghost Rider jason aaron Nic Cage The Punisher 2012-04-12
Scott Deaux

Previous: News About Kirkman That I Expected, But Was Also Surprised By
Next: Top 5 Comic Book Stories That Left Me Speechless