My Take On The Comic Book Movies of 2011 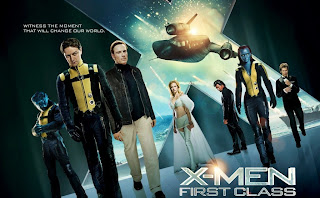 I don’t like Seth Rogen. He is a one note joke and that joke is typically a marijuana joke. Now, full disclosure, I really liked Pineapple Express, but I have too many good friends that were made complacent by their love of weed. Also, this movie seemed like a waste of time when all things were considered.

Priest:
This movie is “technically” comic-related, but not enough for me to care, or… you know… spend $10.

Thor:
This is the one I have the least excuse for not seeing. Many of my friends saw it and liked it, it was well received by critics and comic book journalists alike, and I know nothing about Thor. It would have been simple to meet my expectations, but I didn’t give it the chance. I talked about seeing this movie at least three times, but when I thought about frost trolls, I just couldn’t do it. I’m glad that Thor did what it did though, because it was nice to see the general public embrace a comic book franchise that often goes unnoticed. Well done, Thor. I’ll catch you on cable soon.

X-Men: First Class:
This has the distinction of being the only comic book film of 2011 that I watched. One of my best buddies, Freddy, and I used to have a tradition of watching all comic book movies together (usually opening weekend). That’s right, we watched Eric Bana`s Hulk front row, opening day. We both enjoyed the X-Men over the years and so, when we decided to renew the tradition with one movie this year, this film made sense. I really enjoyed this movie and felt like with a low budget, above par acting and a good plot, this movie succeeded. X-Men: First Class is the model I want taken with all of my favorite franchises.

Green Lantern:
This movie barely made the money that it spent on advertising and so we ended up with an over- hyped waste of time that even our resident Lantern lover disliked. A+ for Ryan Reynolds not settling for being a secondary character in big budget movies, but F- for not being very good at acting.

Transformers 3:
Michael Bay made robots racist in number 2 and his inclusion of robot heaven put it over the top enough for me to miss that sweet scene where they’re worm robot eats the building.

Captain America: The First Avenger:
Cap enjoyed the film and wrote about it here.  To me, this movie looks great and after renting it from Redbox and not returning it, I guess that I own it. It’s a hard one to watch with the kids, but I’m sure that I will get around to watching it soon. I mean, it’s not like my kids stay up all night and it’s nearly impossible to get anything done now… right?

Cowboys and Aliens:
When I first saw the preview for this film, I was all in. Then, I found out that it was a comic book movie and I was nearly jumping for joy. I read the original comic and enjoyed it, but then the movie came out and all of a sudden, all of the cool alien stuff was missing, no flying horses, and random partial nudity was what I was offered. Turned me off enough to not care.

And that’s it, my excuses for missing out on 2011 in comic book films. I don’t feel any worse, honestly. Here’s to hoping that 2012 literally compels me to the theater.  I mean, Avengers will be good right?

Previous: iZombie : A Hipster Comic Book That’s So Cool That You Don’t Even Know About It Yet
Next: American Vampire Bites Them Back