Hello all and welcome back to Comical-Musings.  I’m sure that this month’s posts have been knocking your socks off and you’re probably starting to understand the potential of The Writer’s Blok.  Six times the substance, six times the opinions, six times the quality.  We are committed to simply “drowning” you with info on the site.  This month has been our Month of Independents and we have all been discussing or reviewing books with a more independent quality to them.  We have been highlighting creativity that often flies below the radar as it is not advertised by the big marketing agencies that Marvel and DC employ.  Just because there is very little chance that these stories will never be made into a Michael Bay movie starring Ryan Reynolds (too soon?) and Cameron Diaz, doesn’t make them any less compelling.  The Sixth Gun is one of these tales.

Very rarely do I read a comic book that is completely out of my wheel house genre and get immersed.  Often-times, I find myself as some sort of interloper.  It’s like my “home” comic book scenario is in New York City in some sort of spandex fighting a bad guy that I have fought before.  I would think that this setting makes up over 40% of the comic books that I read.  When I read something with a dissimilar setting, it’s like I’m just taking a vacation to somewhere colorful and diverse.  I am hanging out there, but it’s not like I’m finding a house to buy and converting my money or anything.  Just a fun little diversion.  That is not the case with The Sixth Gun. 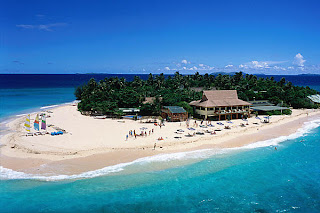 In the words of Jerry Maguire, The Sixth Gun had me at “hello,” or in this case “they say not even Hell would take the weapon back…”  Cullen Bunn’s writing doesn’t just grab you, it systematically takes you hostage and in no time you are suffering from stockholm syndrome.  By the end of issue one I found myself completely baptized into the Supernatural-Western genre of The Sixth Gun.  Now, I am no stranger to this rodeo, as I did enjoy the Dark Tower series.  The contrast of The Sixth Gun with Dark Tower is that the Dark Tower series seemed like it already had alot going on before issue one.  It was like I was coming in 20 minutes late to the movie and perpetually playing catch up.  The Sixth Gun kinda’ held my hand and ushered me gently into it’s world.  The transition to fandom felt smoother…if that makes any sense.  I was coerced to love it, and I do.

Issues 1-6 make up the first story arch and leave you begging for more.  From the start of issue one, the characters are set out masterfully.  The story is really character driven as there are many unique personalities that all seem to have their own voice/motives.  Drake Sinclair, the cold-blooded anti-hero has you rooting for him (whether his goals are admirable or nefarious) as soon as he steps onto the scene.

Becky appears in the story and moves straight into the sympathetic role of unexpected hero a few pages later.

We round everything out with Billjohn as the Chewbacca and we have the makings of literary/cinema gold.  All that we need is a villain.

What’s more frightening than a slightly un-dead Confederate General with his own four horseman of the apocalypse?

Very little.  The General’s occult background and seemingly invincible nature make him a spook that is sure to make you nervous.  His horseman carry magic guns with mystical properties.

One shoots plague, one shoots bullets that burst into flame, one’s bullets land like impacts from cannon blast, one conjures up the spirits of the dead as minions and that’s just four of the six guns.  The other two grant immortality and sight into the future, but you’ll have to see who they belong to.  The guns are plot devices that set up much of the story, but are revealed slowly and carefully.  By the adventure’s conclusion in issue six, the plot had gone to places I hadn’t expected at all.

When it comes to the production values on this series, they are really second to none.  I have gushed adequately about Cullen Bunn’s writing, but it really is good.  There were moments, while I was reading, that I would stop and re-read something he had written and just be floored by how well it fit with the character and how truly literary it was.  The pacing in The Sixth Gun is outstanding.  Nothing feels rushed.  The way that everything is laid out from panel to panel is just really well done.  Reading it almost felt like a movie.  The comic book was leading me at it’s own speed.  I had never realized that this is important before and I now hope that it doesn’t ruin future books for me.  Brian Hurtt’s art is exactly what the doctor ordered.  It goes from vague to detailed as the book demands and although it’s not photo-realistic, I never got the sense that I was watching a cartoon.  It’s a little cartoony, but some of the imagery is very striking. 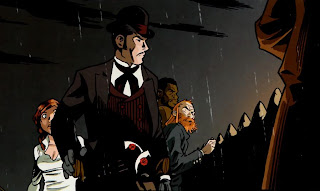 All in all, this feels like the first “get up out of my seat and tell somebody about it with excitement” book that I have read in a while.  I had been searching hard to find an independent book that met the criteria of being engaging, not overly profane, and not x-rated and had been coming up empty.  I don’t seek to weed these things out of my mind and eyes to be prudish, but because I am tired of having them forced down my throat by the culture at large.  Truthfully, if you put filth into comic books they sell better as they appeal to the reader’s deviant nature.  I find that true talent and skill can be seen clearer when these cheap thrills are avoided.  As I was searching the annals of independent comic-dom for gold, I found “boring, scary, gross, and sad,” but nothing was coming up “good” to me.  Then comes The Sixth Gun.  It was obviously engaging as the previous paragraphs show.  The themes in this comic book are dark, but it is tame.  This is the kind of comic that I am sure will delight my son in his teenage years and isn’t that what needs to be done?  Children are falling out of love with comics and literature in general.  Attention spans are just melting away with every next “new thing.”  The Sixth Gun’s first six issues are a good example that comic books don’t have to be tainted or stupid to be good.  Comic Books can interest young readers and still tell gripping stories.  The Sixth Gun makes me hopeful for a younger generation that won’t find themselves obsessed with these things.

If you liked this, check out our follow up review HERE

I have to thank Ifanboy.com for causing me to have
any knowledge or interest in this series.

2011-07-26
Scott Deaux
Previous: In Honor of Captain America
Next: I Should Have Let The Green Lantern Movie Escape My Sight