Hello to all of you who grace us with your presence today.  You have stumbledupon, clicked on, followed, or RSS feeded to Comical-Musings!  We are your source for good comic book suggestions, past and present, on the inter-web.  Today, we take a markedly different turn in the superheroic genres.  Oft-mentioned, rarely understood, incredibly powerful.  The Authority stands as an epic tale of superheroes with a global focus and un-imagined powers.  Created by Warren Ellis and Bryan Hitch, these Wildstorm characters flew directly in the face of modern late 90’s early 2000’s superheroes.  They were mystical, mysterious, and even flawed.  Most hardcore comic book fans have a soft spot for The Authority, but I’ve only recently developed one with the reading of Volume 1.  Let me tell you why you might like them too. 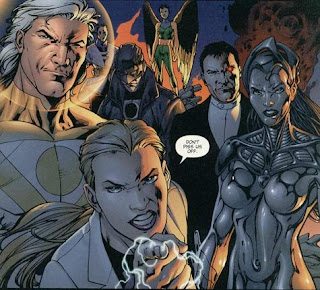 Volume 1 is the story of “the team that Jenny built.”  Jenny Sparks is a spit and vinegar Brit that’s nearly one hundred years old and gifted with electrical manipulation powers.  She is often referred to as the “Spirit of The 20th Century.”   Jenny has devoted those one hundred years of life to protecting the world from outside invaders and ultimately itself.  She has been mixed up in all manner of military and governments and is well trained, well informed, and strong willed.  Jenny assembles The Authority to try something different; to be the watchdog for the entire planet.  The team is built of amazing characters and only someone as tough as Jenny could reign them all in.

The Authority’s lineup is as follows:

1. Jack Hawksmoor: A guy who connects with cities and uses their strengths, knowledge, and raw material to best foes. 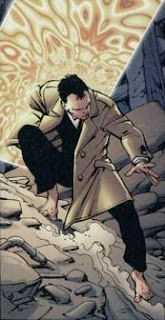 2. Swift: A lady with bird wings and talons. 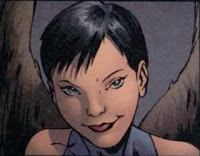 3. The Doctor: The current Shaman of Earth and protector of the “Tribe” of humanity. 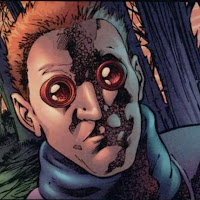 4. The Midnighter: A man with the ability to foresee his opponents movements and strategies. 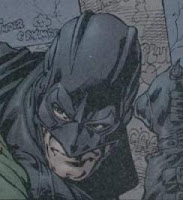 5. Apollo: A Superman style hero with powers directly related to the sun. 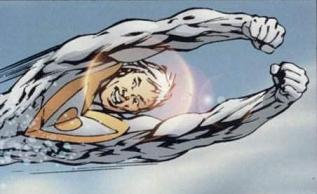 6. The Engineer: A scientist who removed her blood and replaced it with liquid robotic technology and now is basically a machine. 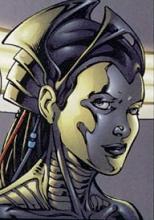 The way that Warren tells it, each one of these characters is very interesting with odd, fantastical back-stories and inter-personal relationships.  The dialogue between these characters comes very naturally and it leaves you with the sense that they really do know each other and that helps you to know them as well.  There are obvious relationships like The Midnighter and Apollo’s.  Wildstorm must have pooped their pants when Ellis said “well, they are basically Superman and Batman, but they are in a long-term monogamous homosexual relationship.”  Even though their romantic ties are rarely expressed in the comic book (Wildstorm was keen on being edgy by featuring gay heroes in their comic, but never showing any of their actions) they still have sweet dialogue that reminds you that they are there for each other.  Other relationships like Jack and Jenny’s obvious camaraderie are fun too and keep the slow parts between conflicts moving.
The fact that characters like Jack or The Doctor exist next to characters like Swift and The Midnighter is a bold decision to me. I think that it was incredibly gutsy to create a character like Jack with considerably difficult powers to explain or flesh out and put him next to a girl with wings and talons like Swift.  In mainstream comics, a great deal of work goes into crafting exactly what heroes can and cannot do and then the rest of the work is spent constantly reminding you of it.  “Use your tactile telekinesis (cheap Superboy joke, I know) that you developed after your encounter with that toxic waste” one hero yells to another mid-battle.  If you were to try to do this for Jack you would have to say something like:

“Hey Jack Hawksmoor, god of cities!  Use the telepathic link that you have with every city you inhabit to tell us everything that’s going on in said city in an instant.  Then melt in and through ground and walls as you jump all over the place with no shoes and treads on the bottom of your feet, punching people’s heads off using the super strength and agility that the city grants you due to it’s high population.  If you get hungry, don’t forget that you eat air pollution.  Oh, and if things get too rough, remember that you can physically manipulate the buildings or even “clothe” yourself with them as a suit of armor or get away by transporting to another city in a womb-like pod.  It’s crazy that the aliens experimented on you repeatedly as a child to grant you these powers, isn’t it?”
That’s why I love Jack, he is so crazy weird.  He challenges what I have been taught and force-fed through years of caring about continuity.  Knowing about someone and experiencing them are two very different things.  I may know the exact contents of Batman’s utility belt, the multiple kung fu moves he’s trained in, and the secret ejection seat in the Batmobile, but that doesn’t mean I “know” Batman.  I just “know” of him.  Jack gives us no chance to “know” of him.  We have to experience him from start to finish and I like that. 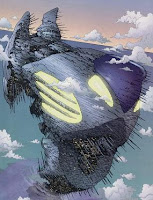 So, our cast of characters is set and every good superhero team needs a base.  The Authority has a 50 mile long spaceship that exists between worlds.  It is sentient and powered by san infant universe.  It can exist as such a high concept that The Authority houses hundreds of political refugees on it or such a down to Earth concept as a big freakin’ spaceship that The Midnighter slams through a skyscraper.  It is another strange element that you just kind of accept and get used to.

Through all of these odd and lofty wrinkles in the superhero genre, we are left with something different.  The truth is that something different is often hard to come by.  People don’t often do something different, because tried and true pays the bills.  The Authority is risky, entertaining, occasionally a little crude, and altogether brilliant.  It made me think about different ways to do things.  It made me consider outside of the box possibilities.  It challenged nearly every concept that I hold dear in comic books and I loved it.
You can buy this, but you will have to search for it as it is out of print/stock most places.
I would suggest Amazon.com.  Good Luck.
~ Scott Deaux ~
2011-09-22
Scott Deaux
Previous: The Single Issue Adventure Week 1.5, The Resurrection Man
Next: A Welcome Addition To The Writer’s Blok