The Big Comic News Of The Week: Bad Guys In Big Coats

Welcome to Comical-Musings where we are making attempts to get a little more current than usual.  There are many hot topics in the news this week and headlines from the comic world have been invading such legitimate publications as USA Today and The New York Times.  Today, we are attempting to address probably the hottest topic in comic-dom.

We could be addressing the great controversy in Ultimate Spider-Man where a new character is stepping into Spidey’s boots.  You see, Peter Parker died a couple of issues ago and Marvel is re-booting Ultimate Spiderman with an ethnic young man named Miles Morales.  People (both stubborn AND racist) are freaking out about a Black/Hispanic Spider-Man.  It’s different and most people are excited to see where it will “ultimately” go. 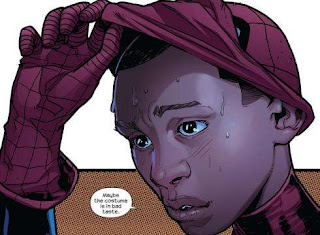 We could be addressing the COMPLETE re-launch of the DC Universe.  DC is getting rid of all of their titles except 52 of them.  These survivors are not just getting facelifts, but complete reconstructive surgery.  This is causing uproar in blue blood comic fans and excitement in new readers. 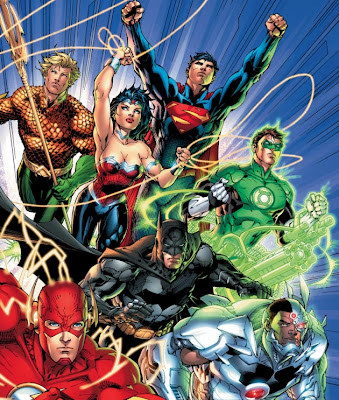 Both of those are newsworthy topics, but today we at Comical-Musings are going to discuss a startling development from the set of the new Batman movie, The Dark Knight Rises.  Many people are terribly concerned about how Christopher Nolan is going to follow his epic movie, The Dark Knight.  People would not be so worried about this except that in The Dark Knight, the villain was so formidable that he literally stole the scenes from Batman.
Heath Ledger’s role as the Joker was shocking and brilliant and lots of other positive adjectives, but mostly it was nearly impossible to duplicate.  The portrait that he painted of the Joker raised standards for comic book movies and especially Batman movies.  The chilling depiction of his visage dominated movie posters and the hearts of people globally as seen here: 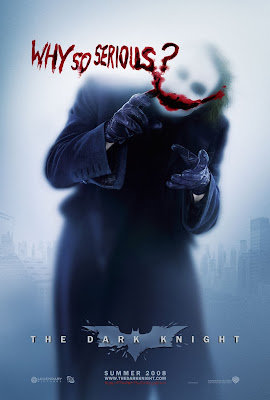 This terribly effective and well-acted villain has left movie buffs and Batman fans alike wondering “how can they top or even match that?”
Eager fans waited with bated breath to find out the identity of the villains in the upcoming threequel.  Joy was audible in slightly calmed sighs over the casting of Anne Hathaway as Catwoman.  She is a talented and often humorous actress trying to shed her Princess Diaries years and become respectable.  She has the skill-set and the motivation to play a good Batman villain.  Then, the throngs of Batmaniacs are treated to the announcement of Tom Hardy as Bane.  Bane has always been a B-list villain to Batman comics-wise, so who better to cast than a man who, until Inception, had been a C list actor himself.  Bane had one moment of glory when he broke Batman’s back, but other than that he is an afterthought in a stupid costume.  Bane?  Bane is a new Bat-villain?  The fans were confused.  Then at Comic Con 2011, a trailer is released and people began to relax as Bane is looking like his makeover from Christopher Nolan is kind of cool.  Apparently Bane has ditched the bondage getup for a more military body armor and won’t be CGI’d into the incredible Hulk, at least not all of the time.  People seemed pleased again…that is until THIS: 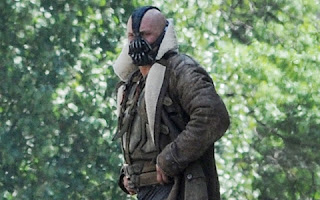 IGN is very excited about Bane’s fur coat
Bane…in a big coat.  That’s right, he has a giant bomber jacket on.  Look at it right there.  People are up in arms about the wooliness of his coat.  Maxwaxfax from IGN’s membership posted in the comments “look man it ain’t right.”  There is suddenly growing concern that Bane’s bomber jacket could ruin everything, but I tend to disagree.  For I remember another B-list villain with a big fur coat.
Come with me boys and girls, to April 1st, 2001.  The Ultimate Marvel Universe had just been born into existence and a little title called Ultimate Marvel Team up had just released it’s first issue.  The issue itself featured Wolverine getting into an argument in a subway tunnel with Sabretooth and what is Ultimate Sabretooth wearing in his first ever appearance in the Ultimate Marvel Universe?! 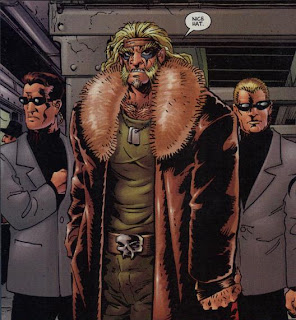 That looks like a big, fine, fur coat to me.  Matt Wagner drew this issue and showed the Ultimate Marvel Universe what I already knew…villains in big coats are cool.  Ultimate Sabretooth gets blood all over this coat in the issue, but the image of evil in a big coat was unstoppable.  So much so that in Ultimate X-Men number 11 we were treated to an “Ultimate Big Fur Coat Crossover.”  He has taken Wolverine out into the forest to kill him in the snow and what is he wearing? 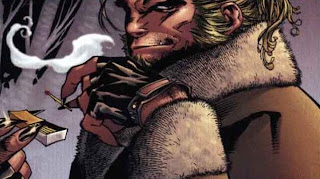 That stylish rascal can’t stay out of big coats, no matter who’s drawing him!  Adam Kubert was just a pawn in the big coat game.  Ultimate Sabretooth is either really cold or really fashionable and I’m willing to bet on the latter.
My point is that if Ultimate Sabretooth can pull off a big coat, Bane probably can pull off a big bomber jacket.  Tom Hardy will figure out a way to make it not dumb.  Truthfully, Bane is supposed to be European and they kind of roll like that. Bane in a big wool-lined coat is certainly not something to garnish concern when we have the government shutting down little girls’ lemonade stands for permit violations and a spiraling debt crisis (which linking to is dumb because it’s all anyone ever talks about).  So in my opinion, go worry about that.  Bane is just trying to stay warm and fashion forward in this 100+ degree weather…and also kill Batman.


Note from the editor:

2011-08-02
Scott Deaux
Previous: Review of Captain America: The First Avenger
Next: Weekly Roundup and a Cool Gem From Stumbleupon