Free songs
Don't Miss These Posts
Home / Just for Fun / Things I’d Like To See: The Name Of The Wind Graphic Novel

Things I’d Like To See: The Name Of The Wind Graphic Novel

I thought I might take a post, and maybe more than one in the future, and write about things I’d like to see happen. You know the type of post I am talking about. It’s the type of post where I either talk about comics that would make great movies, play armchair quarterback on comic movie casting decisions, opine on what novels should be made graphic, and so on. Sort of a playground, if you will, for the things in my head that are related to comic books. This is the first of what I hope to be many of this type of post and for this one I want to talk about The Name Of The Wind by Patrick Rothfuss. 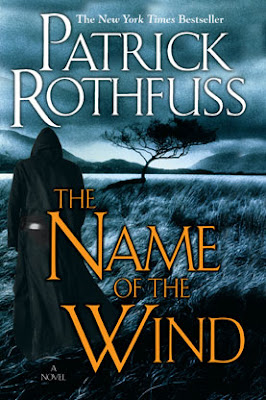 The publisher describes The Name Of The Wind as: This is the riveting first-person narrative of Kvothe, a young man who grows to be one of the most notorious magicians his world has ever seen. From his childhood in a troupe of traveling players, to years spent as a near-feral orphan in a crime-riddled city, to his daringly brazen yet successful bid to enter a legendary school of magic… and I can’t say that it’s a bad description although it doesn’t really grab you and pull you in. Kvothe is obviously, the narrator, but when we meet him he isn’t that child traveling with the Edema Ruh he is, rather, an older man running in an inn named The Wayward Stranger while apparently hiding from his past. Bast, obviously more than just his employee, is helping out around the inn when a writer comes in and has figured out the identity of the innkeeper. Without getting in to spoiler territory, the writer convinces Kvothe to tell his story while he transcribes and swears not to change a single word. That’s when the real story begins. This is all set in one of the most well crafted worlds I have ever had the pleasure of reading about. Each character, no matter how background, feels real. You can almost smell the taverns and feel the wind as you read through. The prose is absolutely perfect. I really, really want to tell you more but I can’t go any farther without getting in to serious spoiler territory. So I’ll say that this is the best novel I have read in the past two decades (yes kids I am an old fogey). But why would this make a good graphic novel? Well I will be happy to tell you…

The Name Of The Wind isn’t a graphic novel, yet, or even a movie (which it should be as well). What it is, at this point, is the best fantasy novel I have ever read (I may have mentioned that already). Now that doesn’t necessarily mean that it would make a good comic book. There are great books out there that simply wouldn’t translate well to the genre. Take A Game Of Thrones, for instance, which is a fine book but the comic adaptation fell flat while the HBO series managed to capture its heart. Now I can’t say whether or not it was the writers for the comic that made it fall flat or the sheer amount threads that exist in the novel, and I suspect it’s the latter, but the fact is that I feel it fell flat. I personally feel that while I enjoy books full of different viewpoints and multiple threads running simultaneously that these sorts of stories do not translate well in to comic books. So right out of the gate some of my favorite novels would be excluded. The Name Of The Wind doesn’t fall in to this category as it is narrated by the main character with occasional breaks to a third person perspective. I really think this point is what would make Rothfuss’ work perfect for adaptation. Now just because a story is written in this manner also doesn’t make it ripe for the picking. You have to have the right story. I really enjoyed Dan Wells’ I Am Not A Serial Killer which is told from much the same perspective however since so much of the dialog takes place in the head of the main character, John Cleaver, I don’t think it would be a fun comic book or graphic novel. So it’s not just the perspective that makes me want to see this adaptation. Now that I have said all that I can say that the main reason I’d want to see this as a graphic novel, or even a monthly, isn’t even the story itself, which is amazing but the writing overall. Patrick Rothfuss is simply an amazing writer and when you combine his skill with words, the perspective, and this storyline I think you would have a truly outstanding graphic novel on your hands.

Well that’s it for the first Things I’d Like To See post and I have to say that I had a lot of fun writing it. For one it finally gave me perspective in to why I didn’t enjoy the Game Of Thrones comic series but even more than that it really made me ponder what aspects of a book would indicate that it could possibly be adapted to the comic book genre and not be ruined. I hope you all enjoyed reading this as much as I enjoyed writing it for you!

Tagged with: Game Of Thrones Patrick Rothfuss The Name of the Wind Things I'd Like To See

Previous: Top 5 Comic Characters That I Would Like To Hang Out
Next: Rick Remender’s Venom Shocks and Awes