When One Earth Just Isn’t Enough

It’s a beautiful day in the multiverse.  Welcome back to Comical-Musings, where we give you glimpses into the world of comics in hopes that you’ll investigate and grow to love them as much as we do.  This is Hal, the resident time-technician for the Writer’s Blok.  Today we’re looking at DC’s Earth 2.  Caution: this blog contains spoilers, but I’ll give you a proximity warning when spoiling is imminent. 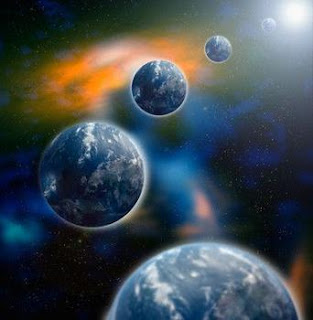 Back in September 2011 DC rebooted all of their story-lines.  This served multiple purposes, but one of the most important was that it allowed them to wipe out decades of convoluted, inter-dimensional comic history and inconsistent back stories.  A persistent problem for DC, and any major publishing house, has been maintaining a consistent universe in which the stories take place.  Comic writers have stretched themselves farther than Plastic Man, performing feats of allegorical gymnastics designed to explain details that seem to conflict with the flow of the generally accepted continuity.  One of DC’s favorite techniques is to declare, “Oh, that happened in another dimension.”  This implies the existence of multiple copies of the same comic universe, each containing familiar characters having their own adventures.  This can begin to get confusing for readers (and writers), and problems arise when these characters start to cross dimensions and meet each other.  If maintaining consistent continuity in one universe was difficult, creating more universes doesn’t really solve the problem.

As a result, DC has to do some housekeeping in their multiverse from time to time.  Last year’s reboot wasn’t the first time that DC performed a major overhaul on their comic world continuity.  Way back in 1956 DC began introducing new characters as modern incarnations of previously well-known heroes:  Barry Allen as the Flash and Hal Jordan as the Green Lantern.  But what about all those stories with Jay Garrick and Alan Scott?  “Oh, that happened in another dimension.”  That alternate reality would later come to be known as Earth 2, as opposed to the universe with the newer incarnations (Earth 1), which became accepted as the primary continuity.  The series “Crisis on Infinite Earths” was a later attempt to reconcile all parallel universes, by destroying all but one.  This forced surviving characters from Earth 2 to become permanent residents in the primary continuity, where they existed until DC decided to reboot again.

So when DC recently embarked on the task of reworking their entire universe, they faced a difficult decision.  Would they eliminate well-known alternate versions of their primary heroes, or would they try to explain their co-existence…

Welcome to Comical-Musings.  I’m Hal, and today we’re looking at DC’s Earth 2, part of their new New 52 lineup.  As indicated by the series title, DC has already created a parallel earth within their rebooted universe.  This may become a source of confusion down the road, but so far it has served as an effective means to re-introduce beloved characters that don’t quite fit into DC’s slick new primary continuity.


The first two issues of Earth 2 have been fairly eventful, with Superman, Wonder Woman, and Batman dying in issue 1, and Jay Garrick becoming the Flash in issue 2.  Earth 2 will chronicle the formation of the Justice Society to fight crime in a world where “the Big 3” are no longer alive.  Issue 2 also introduced characters that will become the Green Lantern, Hawk Girl, and Mr. Terrific, and it alludes to their first major enemy, possibly the Shade or someone with a connection to the Shadow Lands. 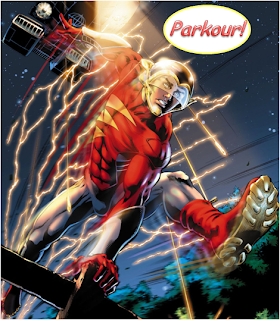 Written by James Robinson (known for his work on Starman) and illustrated by Nicola Scott, Earth 2 has been good so far.  At times the art looks a little too clean, like a teen soap-opera comic, and I’m not a big fan of the Flash’s new costume or his penchant for parkour.  But it has done a good job of keeping the story moving and capturing the reader’s interest.

However, Earth 2 has drawn the most attention for the decision to make the Golden Age Green Lantern, Alan Scott, a gay man.  It has even been the subject of discussion here at Comical-Musings.  Issue 2 was supposed to be the ground breaking issue where it is revealed that he’s gay (despite press releases and news coverage a week before the issue’s distribution.)  As expected, it was a non-issue.  In fact, it almost feels like all the expectation surrounding Alan Scott made issue 2 less interesting overall, and much less exciting than issue 1.  HUGE SPOILER ALERT!  It is obviously a much bigger deal that the bullet train that Alan Scott is riding on, explodes at the end of the issue, just after he proposes to his boyfriend.  I suspect that DC is taking the safe route by killing Scott’s fiancé, so the Green Lantern can struggle with grief over “Sam,” while not being actively engaged in a homosexual relationship.  Other than that, the Flash fights some rats.  Meh. 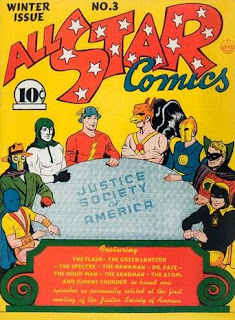 Astute readers may be wondering: if DC rebooted its universe in September 2011, then why are there only two issues of Earth 2 so far?  Great question.  When DC rebooted, they announced that they would only publish 52 titles, hence the “New 52.”  But a few of the series in that initial set were, in a word, lame.  So, in a very shrewd move, DC cancelled some of the less successful titles and replaced them with new ones, including Earth 2.  With that in mind, Earth 2 is a success.  I would take it over Justice League International any day.  I’m interested to see how many of the original Justice Society members they will bring back.  I am specifically interested to see if they can modernize characters like the Golden Age Sandman, Hour Man, and Dr. Midnight.  And if Alan Scott’s fiancé emerges as the new August General in Iron on Earth 2 then this could become the best Justice Society ever.

Previous: Two Truths and a Lie: Thor Will Meet Us In The Air…
Next: A New Addition To The Writer’s Blok