Wolverine Goes Insane In The Brain With Jason Aaron

Thanks for coming back to Comical Musings.  Today we have a doozy for you.  You may have read my recent review of Jason Aaron’s “Wolverine: Adamantium Men,” and heard me gush about how wonderful it was.  I thought to myself, “Self, you have to stop reviewing things so positively or everyone will think you are a Marvel Zombie.”  I sat back and thought of being typecast.  I thought about being pigeonholed into the category of being a constantly positive person and ultimately decided that that would be OK.  “You know what I’ll do?!” I shouted to myself mentally, “I will read the next story arc and will not like that as much and we can just get over this whole thing.”  Thus I began to read: 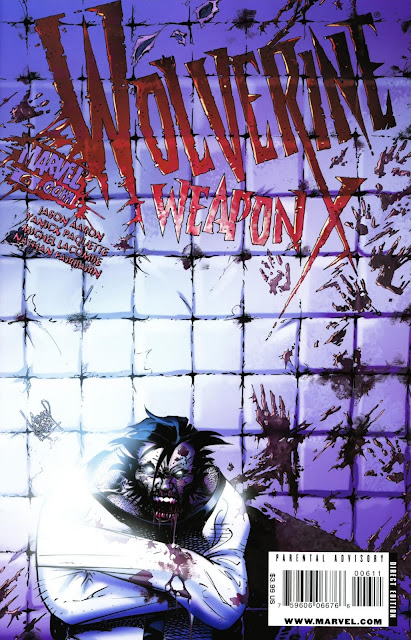 Immediately, much like the protagonist, I found myself disoriented.  Wolverine is in a mental hospital with no idea of who he is.  If you have read Marvel comics for a year or so, you know that Wolverine’s identity gets lost all the time.  Over the last decade, it would not be an exaggeration to say that he has been mind wiped more times than a whiteboard at UNT.  This time, however, it is different.  In all of the times that Wolverine has lost his mind, I cannot remember a time that he forgot he was Wolverine.  Logan has slipped by the wayside over and over again, but something about popping claws out of your hands makes it hard to forget that you are Wolverine.  Insert Jason Aaron and the game gets changed.  We are looking at a completely lost and confused Wolverine imprisoned and incapacitated by an asylum that is trying to “help” him. 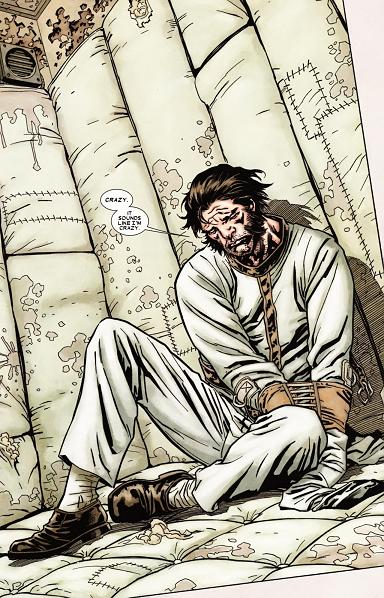 Act 1 introduces our setting.  The asylum is filled with people that have a penchant for violence and are being rehabilitated by Dr. Rottwell.  He gives the patients intense therapy and is even using some method to treat them by effecting their sleep patterns.  Dr. Rottwell is a tough man with a theatrical side, but even he doesn’t know what Wolverine truly is.  By the end of the first act, we start to get clues that the good doctor is not as good as we might expect. 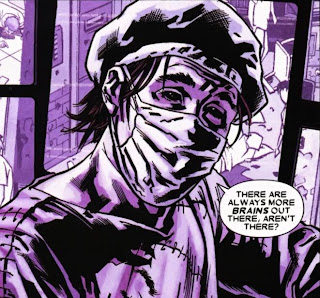 Act 2 takes things to a whole new level of creepy as the curtain pulls back to reveal the madness of Dr. Rottwell and his strange desires involving the human brain.  People are beaten, dismembered, tortured and we find that this situation is more akin to the horror movie Hostel than One Flew Over The Cuckoo’s Nest.  Sinister activities happen from page to page and finally it is enough provocation to elicit that famous sound.  “SNIKT” goes Wolverine’s claws at the conclusion of the issue.

Act 3 gives us a lot of information that has been missing.  How did Wolverine get to the asylum?  What is Dr. Rottwell really doing?  How could this den of evil exist and what are the doctor’s nefarious plans?  All is explained here and this issue really feels like Wolverine is being armed with all of the reasons why everyone at this asylum must die.

Act 4 gives us the final confrontation.  The epic battle brings injuries and loss to both sides of the morality coin.  We find a shockingly gratuitous amount of violence here as one monster who is dauntless in evil-doing takes on another monster who is unflappably good.  Vengeance takes on the physical form of Wolverine as he disembowels Dr. Rottwell.  This story gets even uglier and bloodier before the surprise conclusion of the story.

Insane In The Brain was twisted and gory and absolutely riveting.  It was like a REALLY messed up Law and Order mixed with Dexter kind of thing.  The villain was certainly terrifying enough to carry the story.  He has a sort of everyman quality to him that I feel makes non-powered villains scarier (see here).  The pacing in the story is brilliant and gives off a Memento vibe, where the story is told backward.  The writing is gripping and disorienting and makes you very empathetic to how scary, odd, and crazy the things that Wolverine experiences are.  I tried very hard not to spoil the whole story for you and as I said before, the glory of Jason Aaron is in the dialogue, so you have to read it to see the magnificence.

(Disclaimer)
This is not an all-ages book and is crazy twisted and violent.
Do not read if:
A.You are a young impressionable person or
B.You are not into that.

You can purchase Insane In The Brain in premiere hardcover format from Instocktrades.com for $15.49!