Hola mi amigos!  Como esta?  Ven conmigo!  Anyways, we here at Comical-Musings are happy to have you checking us out today.  We are offering a review from a top-shelf superhero book today.  There are superheroes in the community that are so famous and iconic that all you have to do is feature them in your book and sales go up exponentially.  If they make it onto the cover, droves of sheeple will shell out money for the comic book, whether they read the title or not.  One of those heroes is Wolverine. 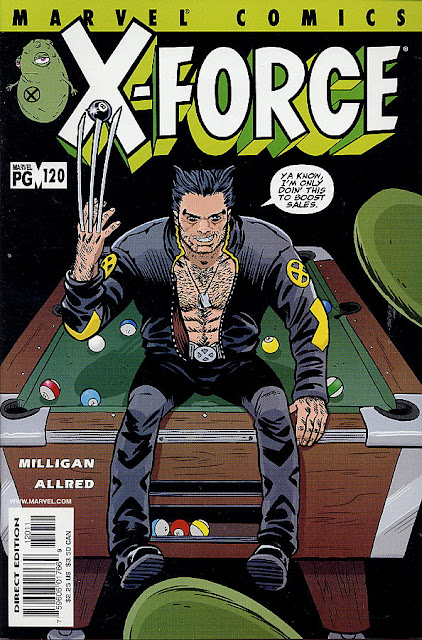 Wolverine is a much loved character all across the Marvel Universe and the real world at large.  He has been the breakout star in every X-men movie to date, with the exception of his own.  He has hundreds of comic books devoted to him and thousands of comic books that feature him.  Pretty good for a Canadian immigrant and social pariah.  Wolverine’s powers, if you aren’t familiar with them, are that he has a healing factor that patches him up no matter what physical violence graces his tiny frame.  A government agency named Weapon X attached adamantium (indestructible metal) to his skeleton and made his hands like switchblades with pop out claws.  He has animal senses and sensibilities as well such as enhanced smell.  He also likes to drink, but that is neither here nor there.  As I said, Wolverine is probably one of if not the most known comic character (maybe number 3 behind Superman and Batman) and since that is the case, it gets hard to continue to make him interesting.

If I have to be honest, when I began to read Wolverine: Weapon X “Adamantium Men” by Jason Aaron, I was skeptical.  I hadn’t really read anything by Aaron, but had been seduced by Ifanboy.com and their love of him to give it a try.  The first five issues of Wolverine Weapon X fit into a neat little package, but I have read SO many Weapon X Wolverine stories that I was apprehensive.  I’m happy to say that I was pleasantly surprised.

The enemy in this series is Blackguard, a platoon of ruthless soldiers that have been given Wolverine-like powers.  This was a great decision by Aaron and I really felt like Wolverine was challenged for the first time in awhile.  The Blackguard are younger and faster than Wolverine and he has to use all of his cunning and experience to win the day.  It was very satisfying to see a Wolverine employing strategy and patience to beating a foe.  It seems more true to a veteran of countless wars. 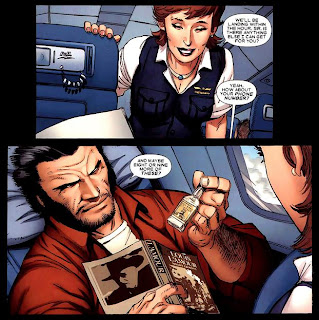 Jason Aaron understands Wolverine, plain and simple.  The concepts and feelings that he placed in Wolverine’s mouth and inner monologue are super true to the character.  I felt like I had known about Wolverine previously, but that these five issues allowed me to know Wolverine.  The idea that he would dispatch muggers on the subway nonchalantly while on his way somewhere and not be rattled by it at all makes perfect sense.  I can’t recall Wolverine’s fear of water ever being mentioned before, but it’s understandable.  He is filled with metal and the only thing that he seems to have coming back from is drowning, so why wouldn’t he have trepidation around the ocean?  It’s brilliant characterization.  While we are talking about characterization, I would be remiss to mention Maverick. 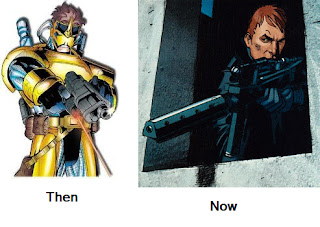 Maverick, David North, was a character created by Jim Lee in 1992.  He was a successful operative in Germany and was recruited by Weapon X and given a slight healing factor to go along with his penchant for sharpshooting and high tech weaponry.  Shrouded in mystery and gifted with the ability to bring death swiftly, Maverick found the transition from Weapon X to mercenary work to be a smooth one.  He had many adventures until he contracted the Legacy Virus (mutant HIV more or less).  He continued to fight for the forces of good until Weapon X decided that they wanted him back.  Sabretooth threw him off of a building and took him back to the facility near death.  When given the choice to re-join Weapon X or die, Maverick became Agent Zero and Weapon X geneticists upped his healing factor and made his skin corrosive to healing factors.  He gets played, mind controlled, and abused by Weapon X until he loses his mutant powers in M-Day, the world wide tragedy after House of M.  Maverick seems to be unable to escape EVERY single negative plot point in the history of the X-Men.  De-powered, but still connected in the espionage game, Maverick becomes involved in more of a “consulting” role and Jason Aaron brings him back to life in this series.  He is reborn as a cool character again.  I’m glad that Aaron saved him from mediocrity and rejuvenated him into a spy.

Wolverine: Weapon X “Adamantium Men” was an unexpected treat where we got to see a character like Maverick find new life, a character like Wolverine develop a third dimension, and a character like the CEO of Strikeforce get destroyed.  It was illustrated brilliantly by Ron Garney and was action packed.

In the end, all of the fancy Blackguard soldiers found out that even though they are built like him, nothing comes close to Wolverine.  I felt the same way about Aaron’s story.  There are lots of Wolverine stories, but this one was flawless…except he says “bastard” too often and in weird situations.  There I said it.  I didn’t want to nitpick, but there it is.  “Adamantium Men” only costs $12.39 at Instocktrades.  Read this comic.  It was great. 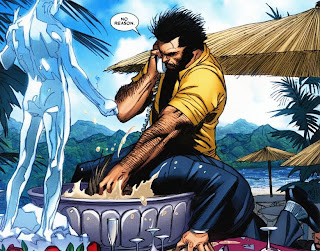